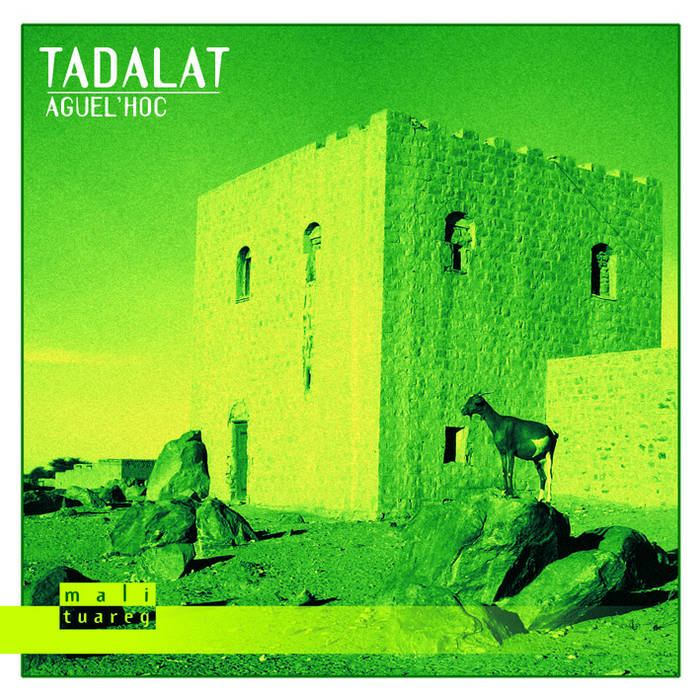 Oumar Badi Mohamed Ag and Aboubacrine are two childhood friends from Aguelhoc in the Adrar des Ifoghas (northern Mali). Music lovers from an early age, the two young Tuaregs begin by building “can-guitars“, dreaming of creating their own group. To get some experience, they start working with other guitar bands: Oumar joined the most popular group in Kidal, Amanar, as a bassist, while Aboubacrine worked with Ibrahim Djo. These musical exchanges gave them enough experience to start their own group in 2008, which they called Tadalat (meaning "pasture," but also "hope" in the Tamashek language).

Tadalat is expanding with the arrival of new guitarists (Aghaly Ag Abidine and Zeidi Ag Baba), a percussionist (Mohamed Ag Ibrahim) and a singer (Fatimata Walet Hadé) and have performed their first gigs in Mali, from the "soirée-guitares" in Aguelhoc to the clubs in the capital Bamako, and also on the stage of the prestigious Festival in the Desert in Timbuktu, in January 2012.

Children of the "revolution of guitars" initiated by Tinariwen in the early 80's, the musicians of Tadalat rub shoulders every day with those of Terakaft, Tamikrest and Amanar, all from the flourishing nursery of the Adrar des Ifoghas. However, they differ from their older brothers and friends by arrangements, rhythms and styles of their own. Like many young Tuareg bands, Tadalat's music is a crossover and is openly enriched by Western influences. The group integrates the drums, which few Tuareg groups have succeeded in doing in the past. The final guitar solo in the track"Taghdart" evokes the best moments of Santana or David Gilmour, while "Ténéré" unashamedly flirts with reggae. Despite this, their music bears the deep imprint of the Sahara and its traditions, as evidenced by "Ayitma" which refers directly to the tindé which are still performed in the bush camps.

These five songs were recorded in May 2011 in Kidal at the mobile studio of Sahara Sounds, a new recording studio founded by the Tuareg sound engineer Abdallah Ag Amano. Abdallah trained in live and studio sound in order to create his own studio in Bamako to record his Tuareg brothers. After producing Amanar's album "Alghafiat" (released in 2010 by Reaktion), Abdallah became Tadalat’s manager and produced this EP. Tamashek groups can now self-produce without the services of Western producers!

By releasing this EP, the French label Reaktion (specialising in the music of the Sahara) aims not only to help Tadalat in developing their career outside Mali, but also to support the great project of Sahara Sounds.